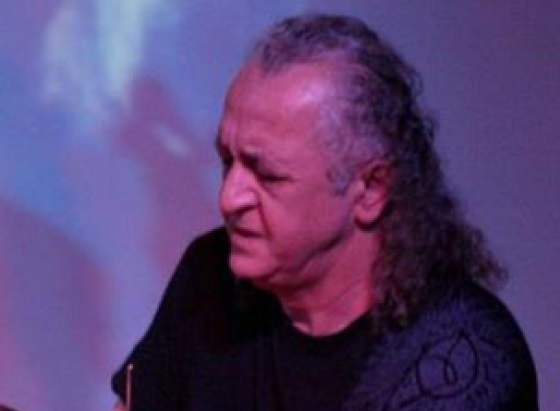 He was born in Xanthi (a city up north in Greece) in 1955.His first musical Influences and his first encounter with Jazz, came at the age of eight years old at his father’s record store with the records: a) Art Blakey’s-Jazz Messengers Live (Savoy records) and b) The Cat by Jimmy Smith. At the following years he attended Music lessons for: Bouzouki (a popular Greek Instrument) Accordion, Trumpet, Flute, Piano, Theory and at the age of thirteen he started playing drums with various pop Rock bands as the band ‘’ Ahatis ‘’ at ’71 in the City Drama.

For several years, he was a member of the ‘’ Family band ‘’ with his father and his brothers playing Greek traditional music. He studied drums with: Stelios Fotakis (Thes/niki) Alekos Xristidis (Thes/niki) Mickey Earnshaw (Vancouver-Canada) Max Mariash (Chicago) Julian Vaughan (Thes/niki) and with Takis Barbas (Thes /niki). He had attended Clinics with Tony Williams, Jack de Johnette, Louie Bellson and Roy Burns. In 1985 He formed, with Kostas Pagonidis, The ‘‘ Percussion Ensemble of Thessaloniki‘’. During his carrier he had played with various bands in the styles of: Rock-Blues-Jazz-Fusion in various clubs in Greece, Switzerland, Germany and France. The last several years he had focused in the study of the ‘’Greek Odd Rhythms ‘’(5/8-7/8-9/8 etc) writing a book about this subject and forming the following bands: ‘’Serious Fun’’ (1996) ‘’Ebnus Jazz Quintet‘’ (2000) And ‘’The Jazz Utopia ‘’(2001) creating music, based on these rhythms. For the same reason he participate in the bands that formed by Olivier Gatto and Lydia Phillipovich playing Yugoslavian songs, with jazz arrangement. He had played with many Greek jazz musicians and Jazz Musicians from around the world as well as with Greek Composers and singers.

HE TEACHES IN PRIVATE