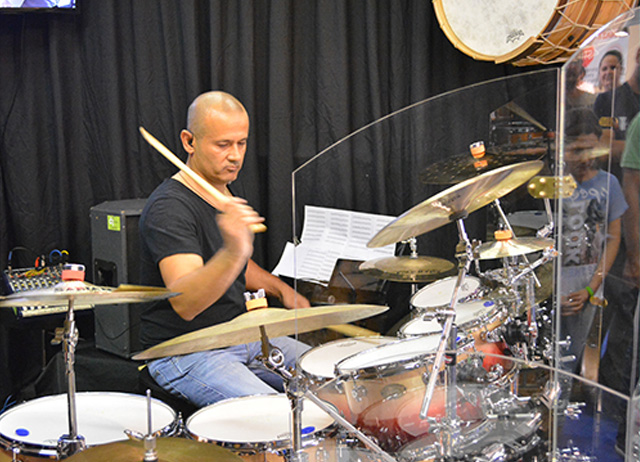 Aggelos Valavanis completed his undergraduate degree in jazz music at the contemporary (Synchrono) conservatory of Thessaloniki.He was taught by Kostas Pagonidis (Drum kit-practical and solfege(rythmique) and by Manolis Sideridis (Jazz theory and ear training).

He attended many masterclasses with Costas Anastasiadis.

Aggelos Valavanis is holder of

Since July of 2017, he is the first Greek drummer,holder of the West London University Fellowship Diploma in Music Performance FLCM (Perf) at Level 7, Master's Degree.

Since the summer of 2014, he is the first Greek drummer,holder of the Rockschool Licentiate Diploma in Music Performance LRSL (Perf) at Level 6, Bachelor's Degree.

In the summer of 2010, he was awarded the grade 8&7 TVU advanced graded exam in Music Performance by London college of music.

From the age of 16 until today he has performed with numerous groups and artists throughout Greece and abroad.

Aggelos works freelance in music recordings and continues to teach and perform regularly.