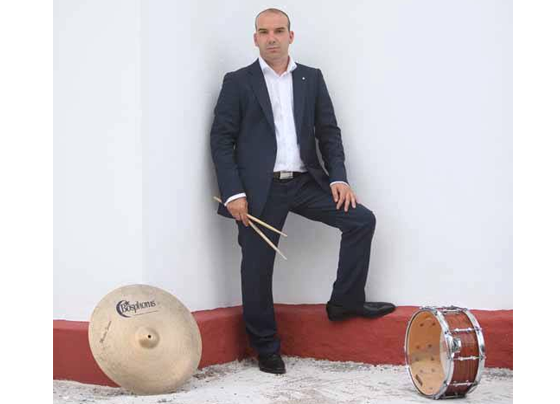 Dimitrios Kosmidis was born in Thessaloniki Greece. Hi begon his first “musical “ steps by playing with several local bands. In the meantime he began his music studies at the Toumba music school with the guidance of Theodoros Evangelinos. Three years later He continued his studies at the Filippos Nakas Conservatory in Thessaloniki, studying with Nikos Fountoukidis and later with Christos Germenoglou. In 2008 Dimitrios decided to move to the Netherlands and seek for a higher education and more musical challenges.
In 2012 he completed Bachelor his studies at the Conservatory in Maastricht, Netherlands studying with Arnoud Gerritse and Ron van Stratum.
In 2014 he completed his Master studies next to Stephane Galland and Dre Pallemaerts. Since 2008 Dimitrios Kosmidis has collaborated and shared the stage with several artists like: Amik Guerra, Gerald Canon, Yuri Honing, Loren Stilman, Ewout Pierreux, Frank Giebels and many more.
In addition Dimitrios Kosmidis has participated in several festivals in Holland, Germany, Belgium, Italy and Greece and he is performing in a regular base at the Limburg area.