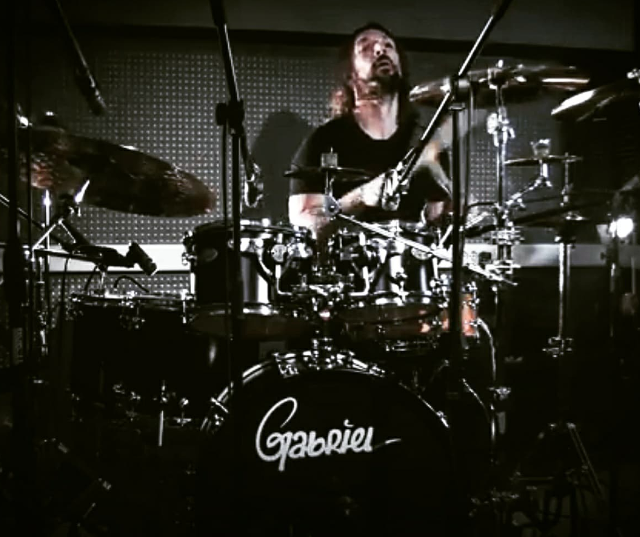 Email: This email address is being protected from spambots. You need JavaScript enabled to view it.

Christos Grekas was born in 1977 and raised in Athens, Greece. He  has studied drums and classical theory and harmony at the London College of Music and has also taken private lessons in drums guided by teachers such as Antreas Mouzakis , Fotis Benardo and  Ilias Doumanis , all of them great drums’ players in the worldwide setting. His main influences are Gavin Harrison (Porcupine Tree)  and Danny Carey (Tool) and he owns them his special interest in rock and progressive rock music.

Christos started to work professionally in 2002 as a member of the band Delightfull and after that he collaborated in various bands such as No Sequence, ΑΝΑΧΑΠΑΡΑ, Ghost season ( EP Ghost like her), Countdown. Recently he is performing as a member of the band The Black Capes, a new gothic rock band which consists of Alex S. Wamp vox, Thanos Jan guitar, Irene Ketikidi guitar, Chris Rusty bass. Their debut album All These Monsters (2017) delivers a spooky and unsetting gothic hard rock sound and has already been introduced at the top ten of the Deutche Alternative Charts. Moreover, Orkus German magazine has announced them as “the BAND of the month” for June 2017.